The "Hero Envy" comic book is set in the universe established in the "Hero Envy" webisodes. The tale expands on the back-story behind the characters Wally, J.D., Dekker and Orson.

The first mini-series follows them on a quest for 4 magical objects that need to be used to stop the villain "El Moco-Conpan." The comic also adds an other-worldly character named U-Toob the Pointer who guides the characters throughout the story. The mini also includes a second story that explains the origin of "El Diablo," who is the imaginary friend that lives in the head of J.D. Fields. 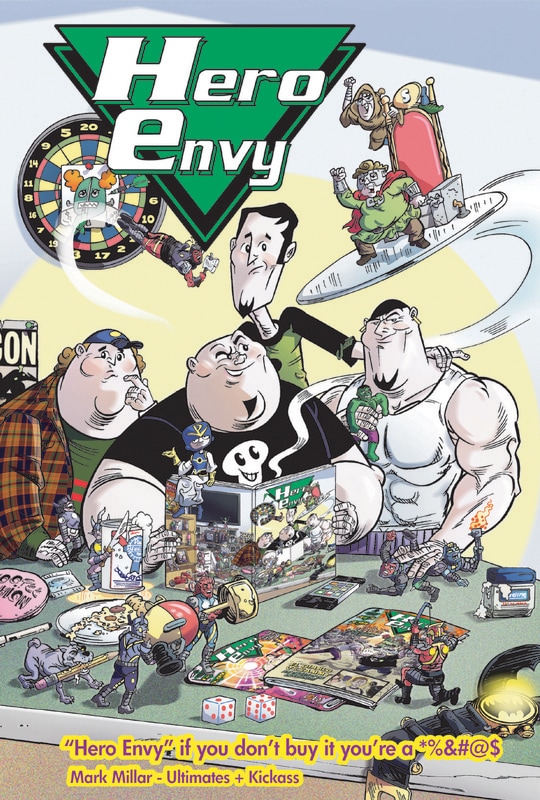 The writers of The "Big Bang Theory" could take a cue from "Hero Envy" as the conversations about comic books are not just on-point but are also downright hilarious.
- Bleeding Cool

If you're not just like one of the guys in "Hero Envy", then you most likely know somebody who IS. Check out the crazy adventures of some comic fans whose grasp on reality is almost as tight as yours!
- Chris Giarusso (Mini Marvels & G-Man)

"Hero Envy" is a no-holds barred look at the geek lifestyle that is well written, hysterically funny, and so dead on that you'll find yourself hooked immediately.
- John Kovalic (Dork Tower & Apples to Apples)